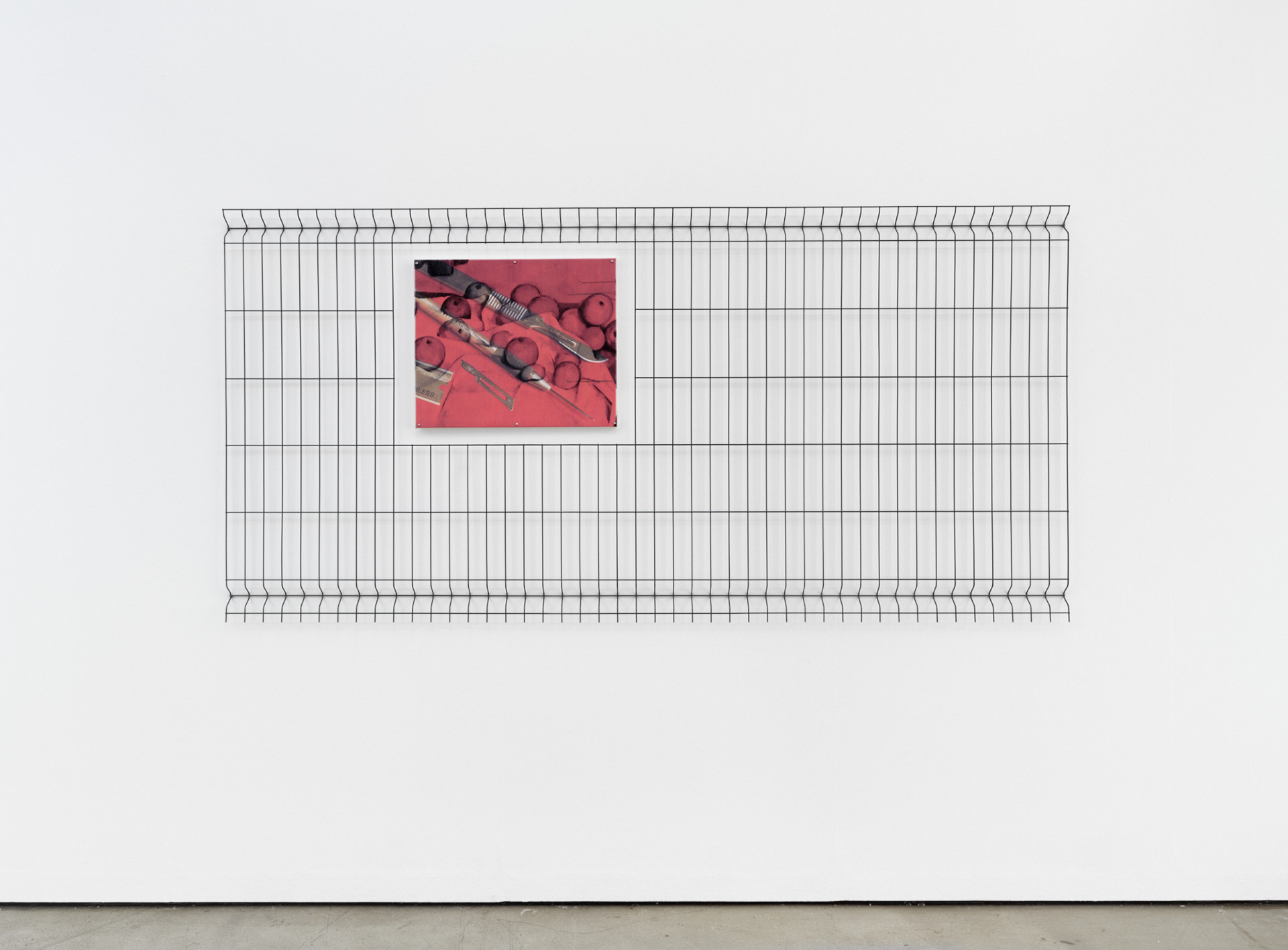 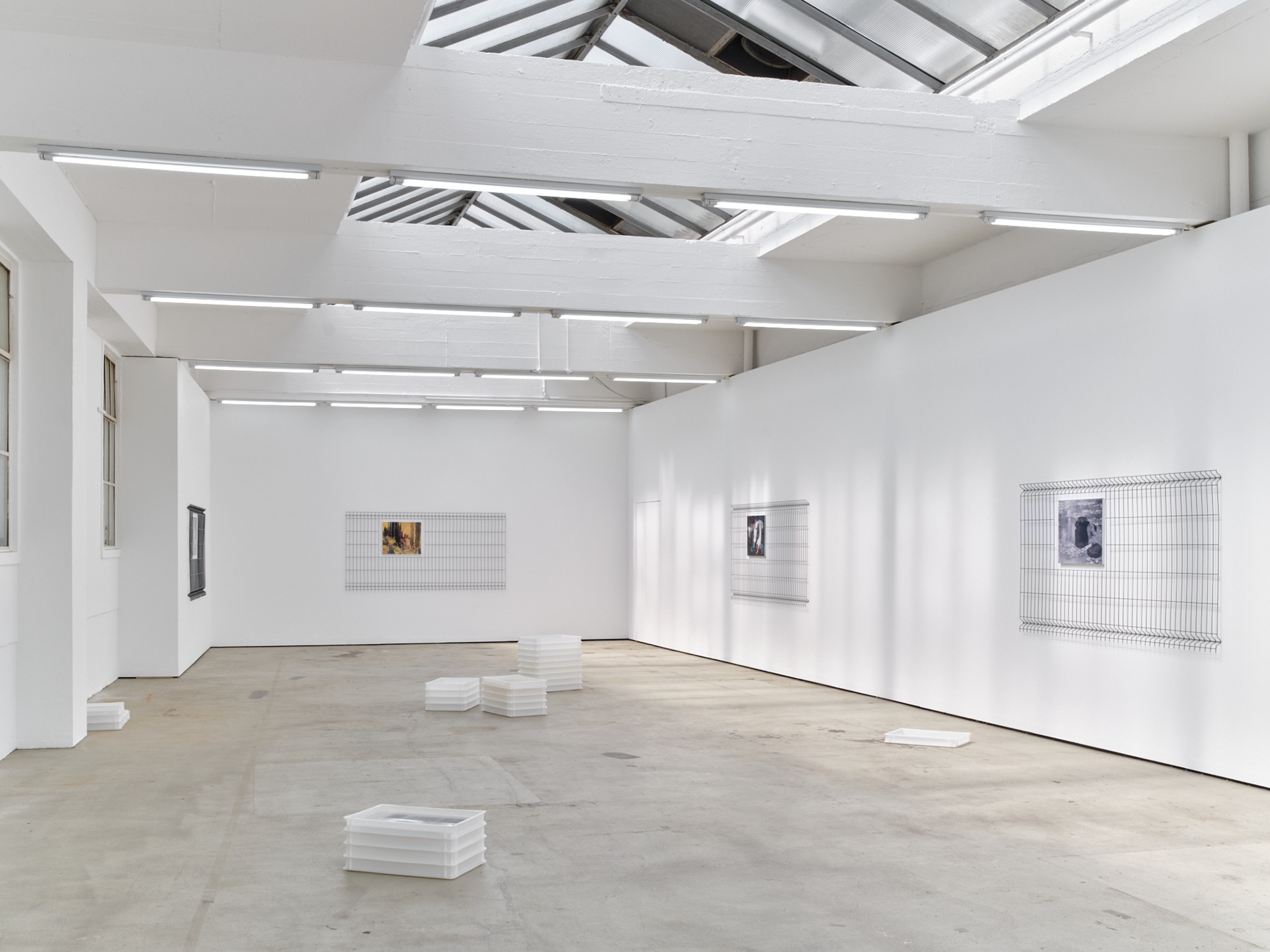 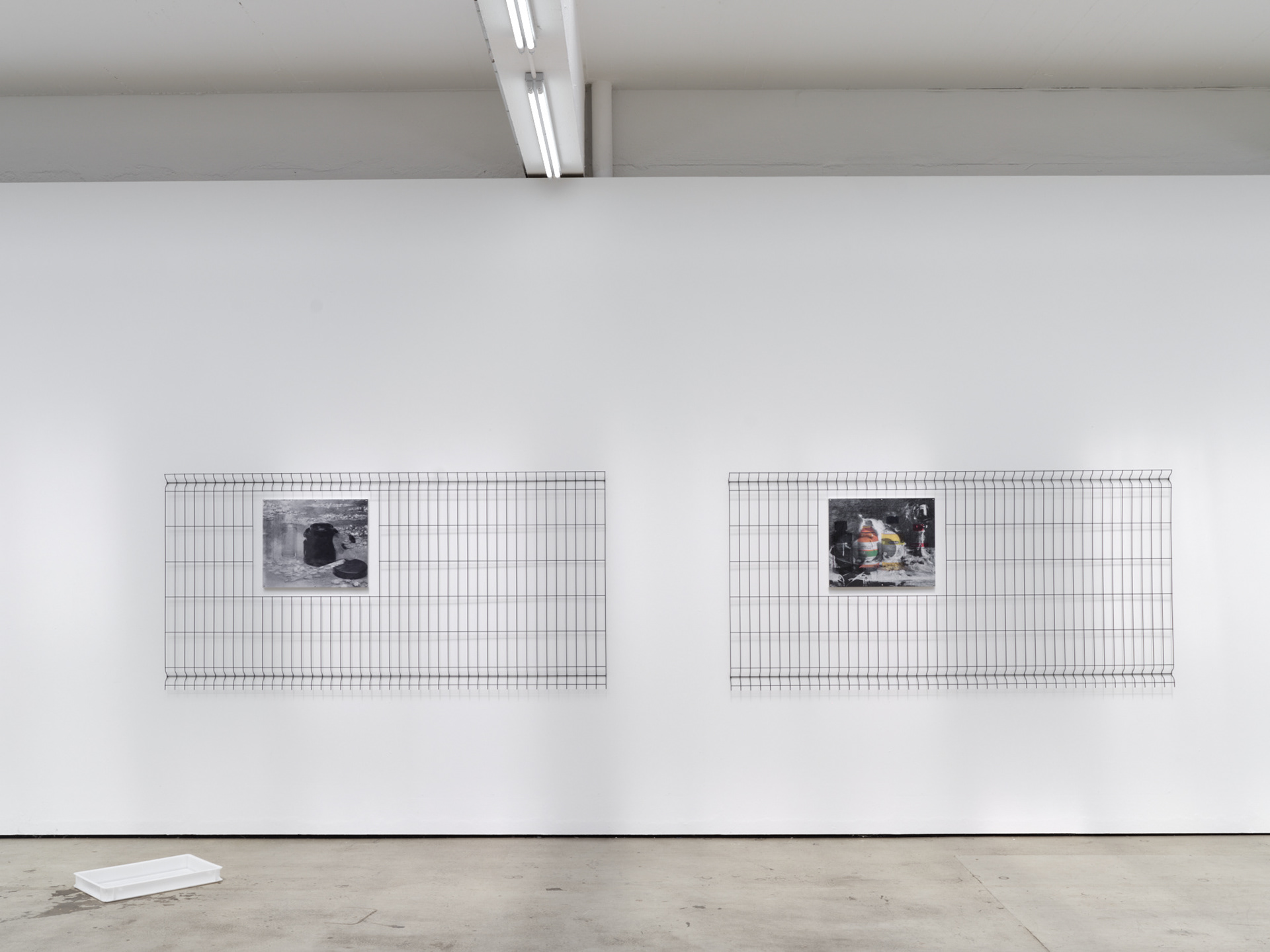 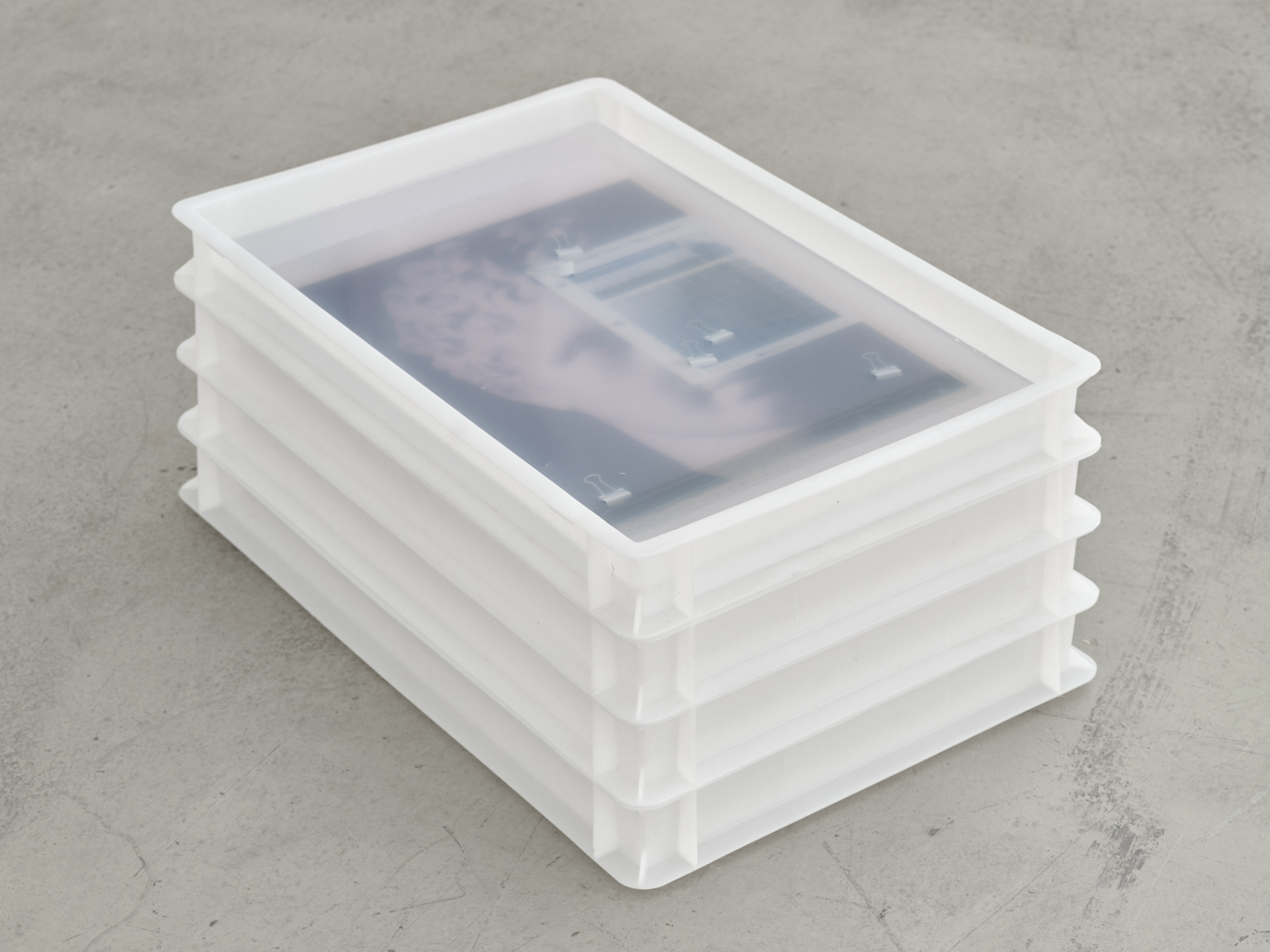 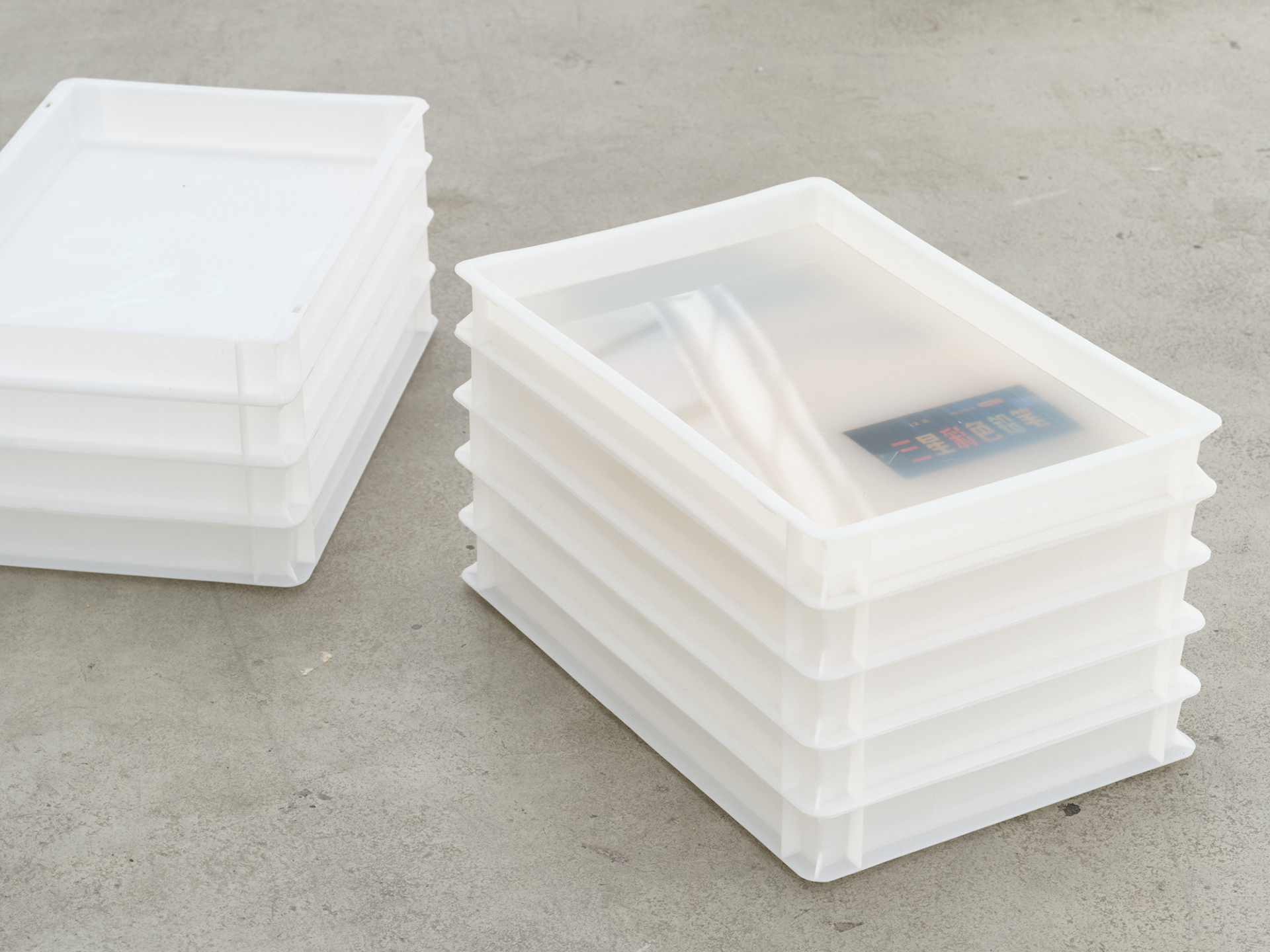 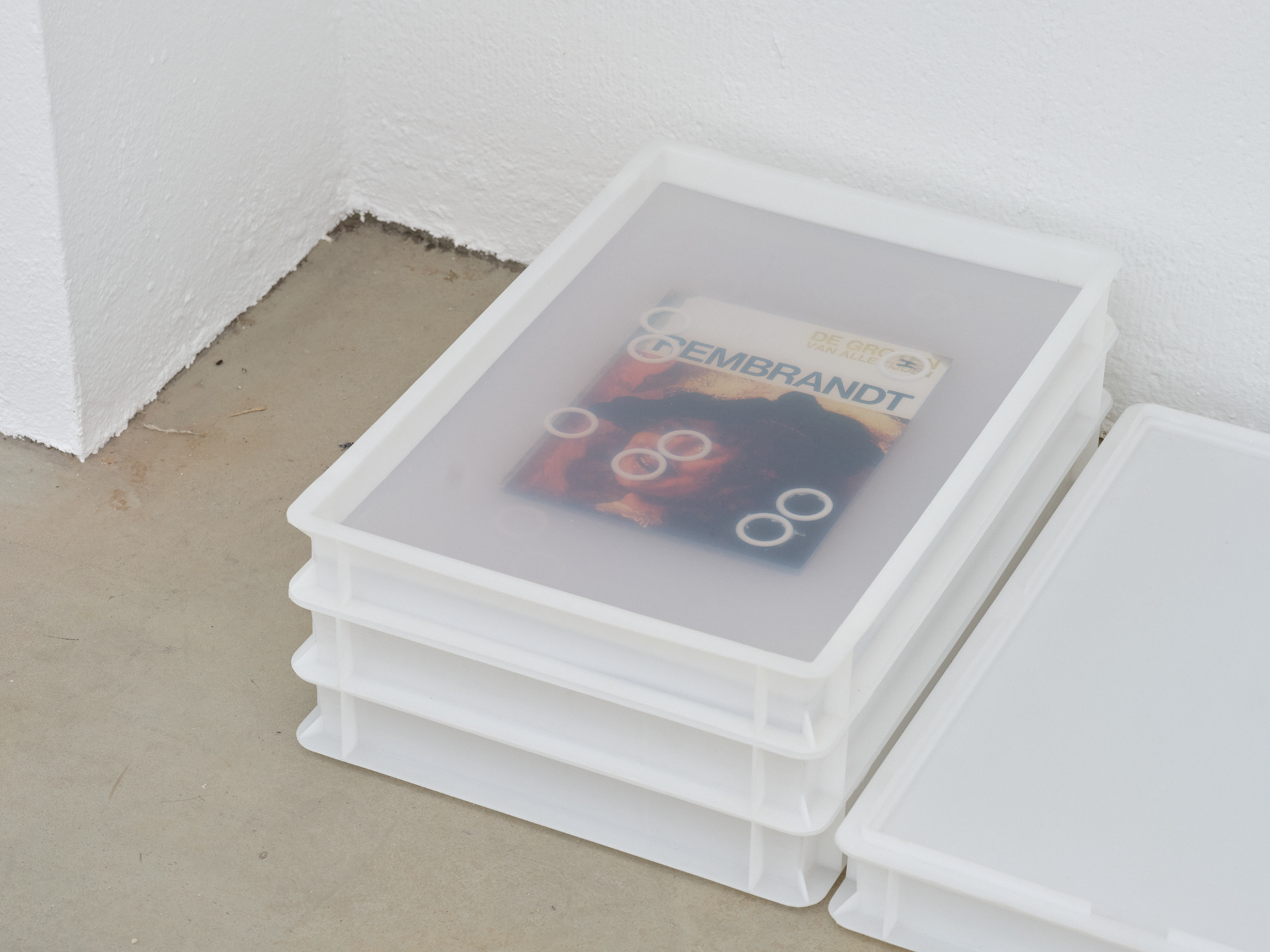 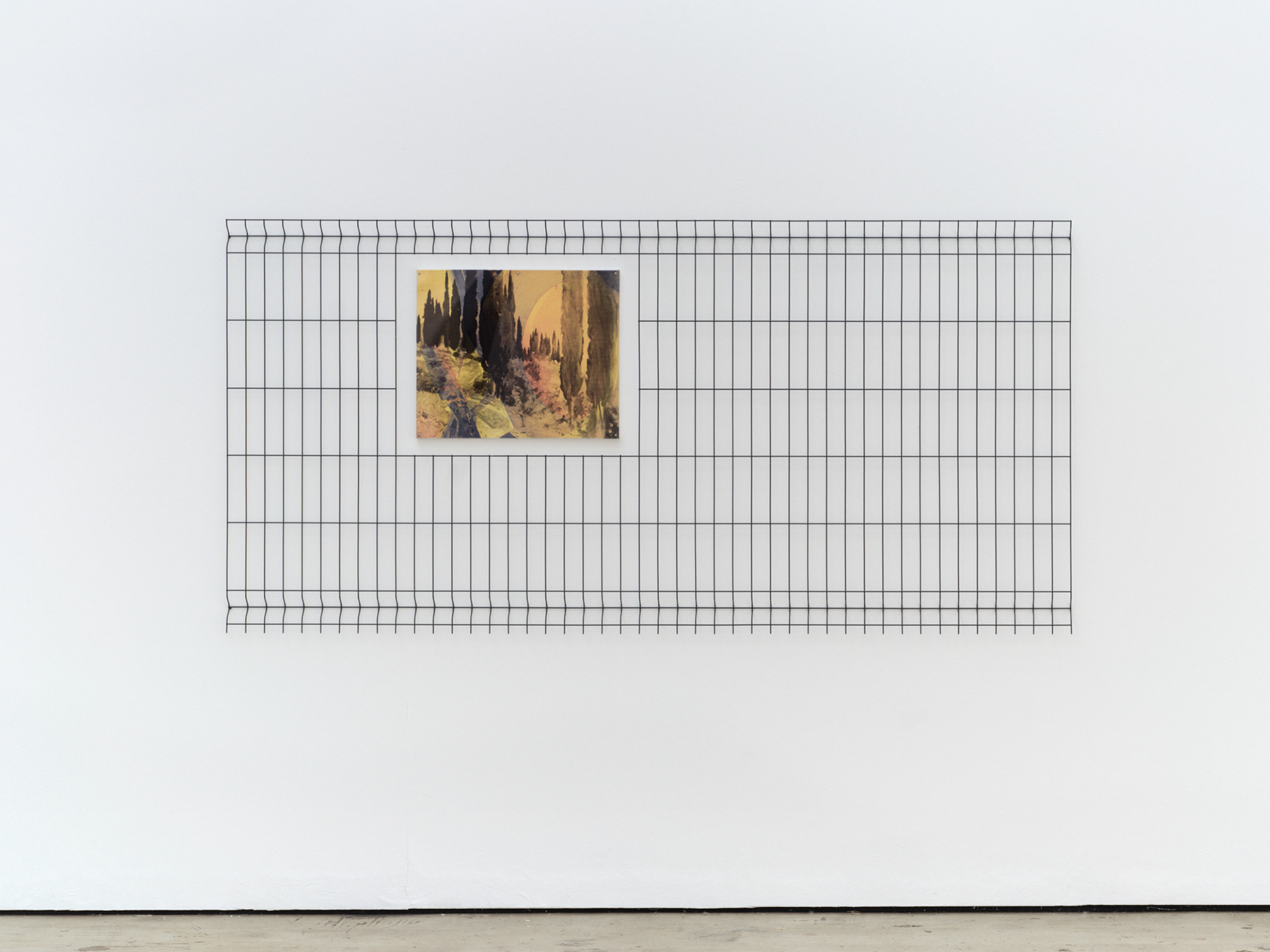 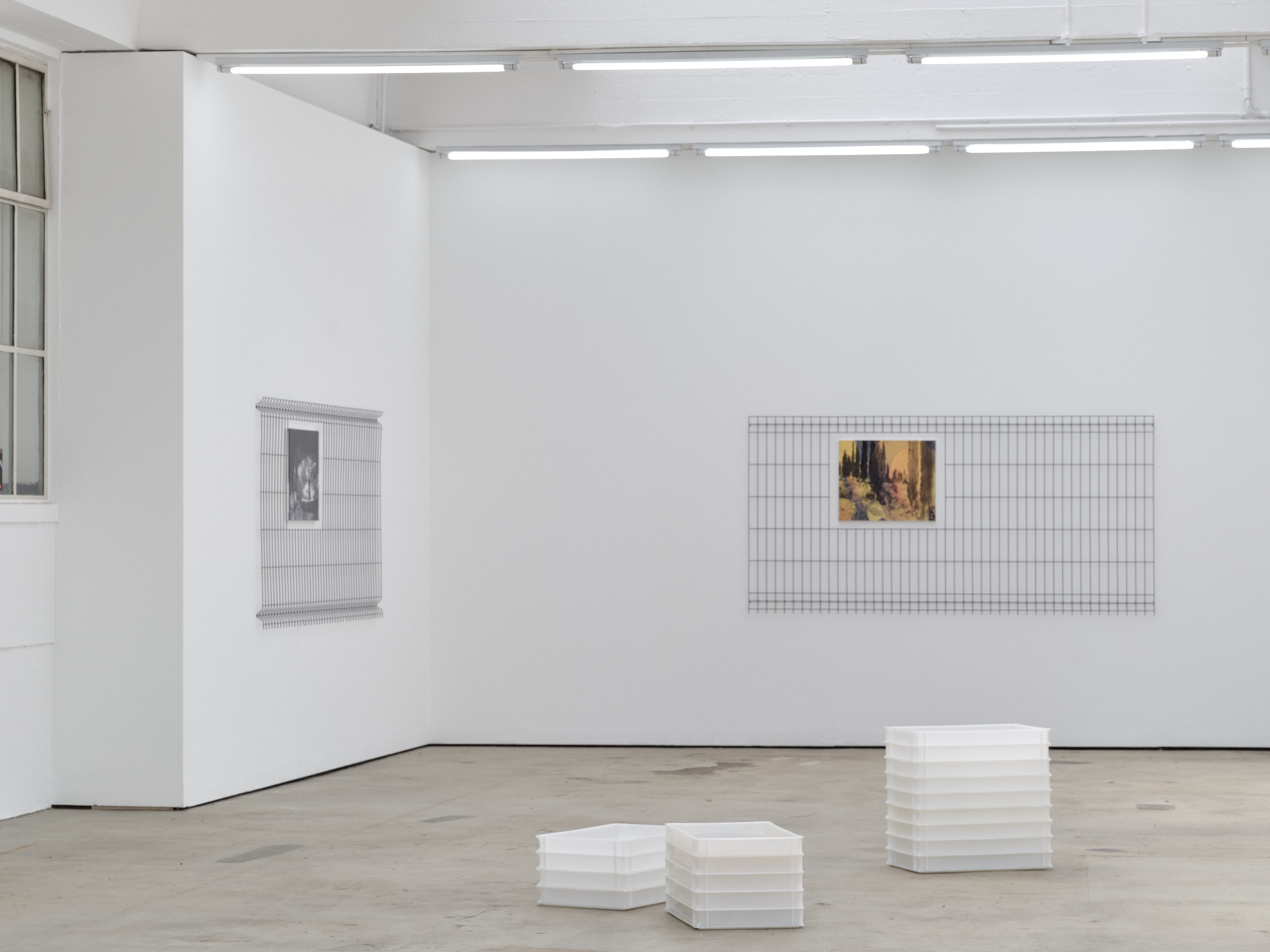 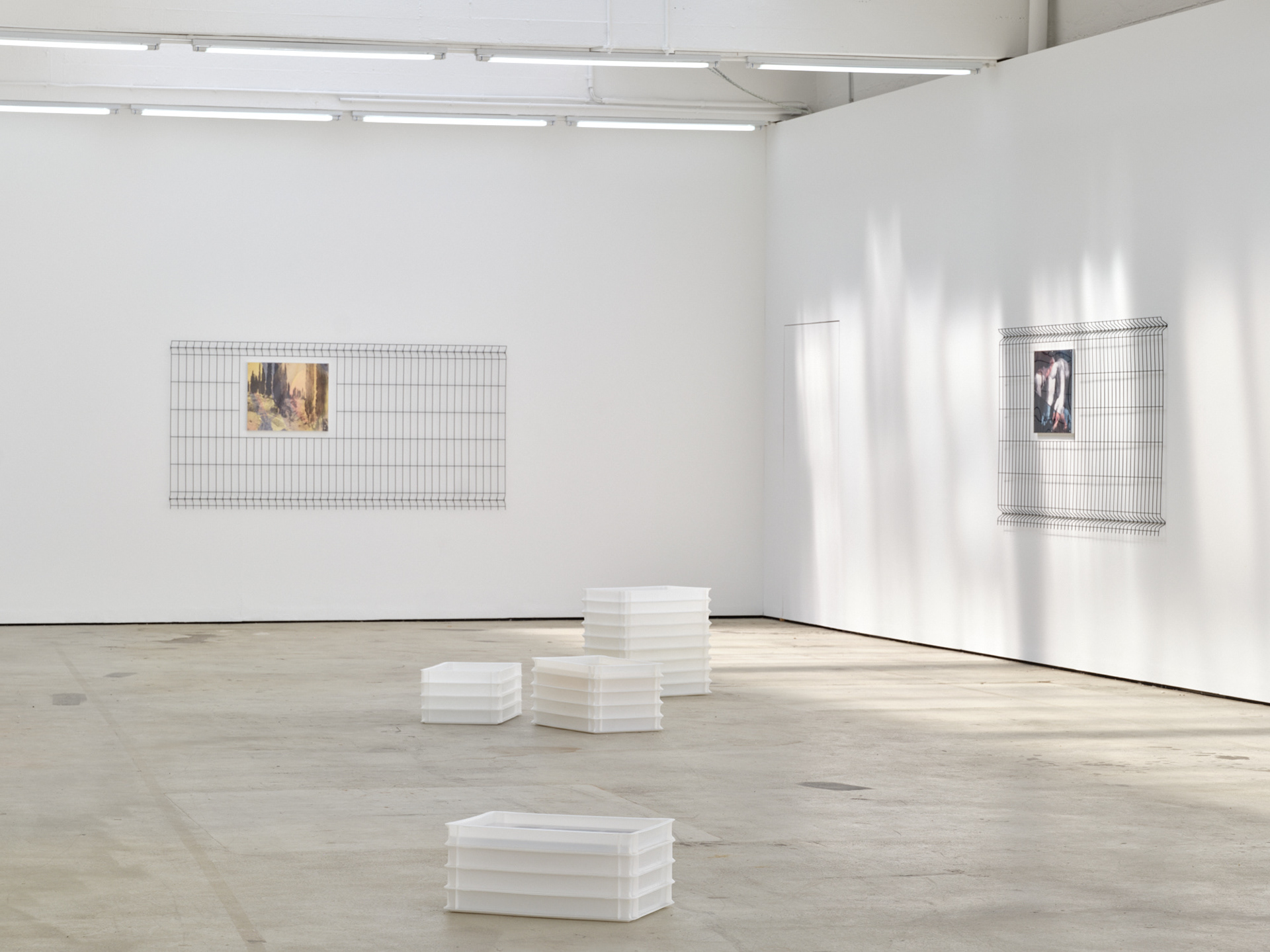 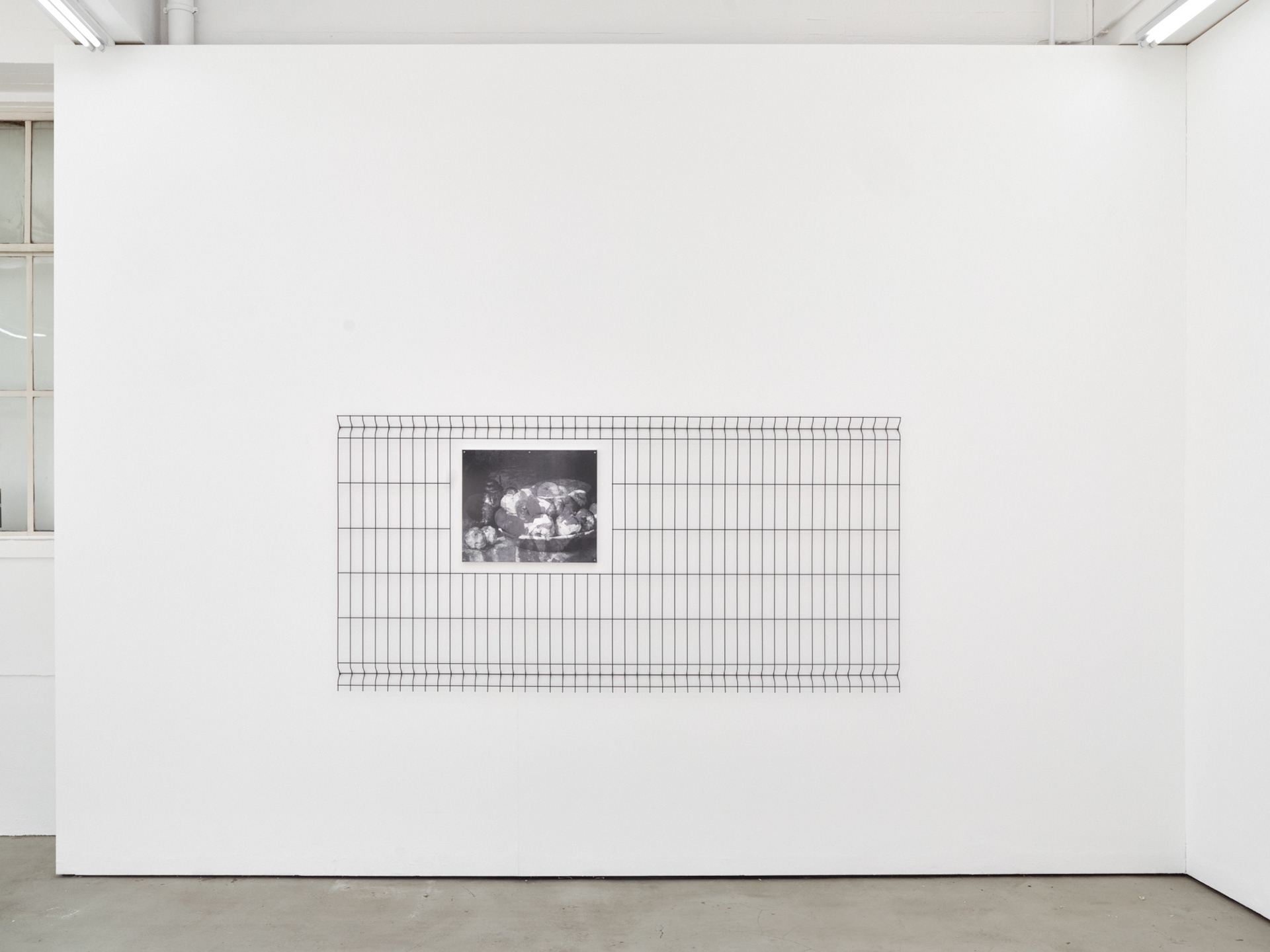 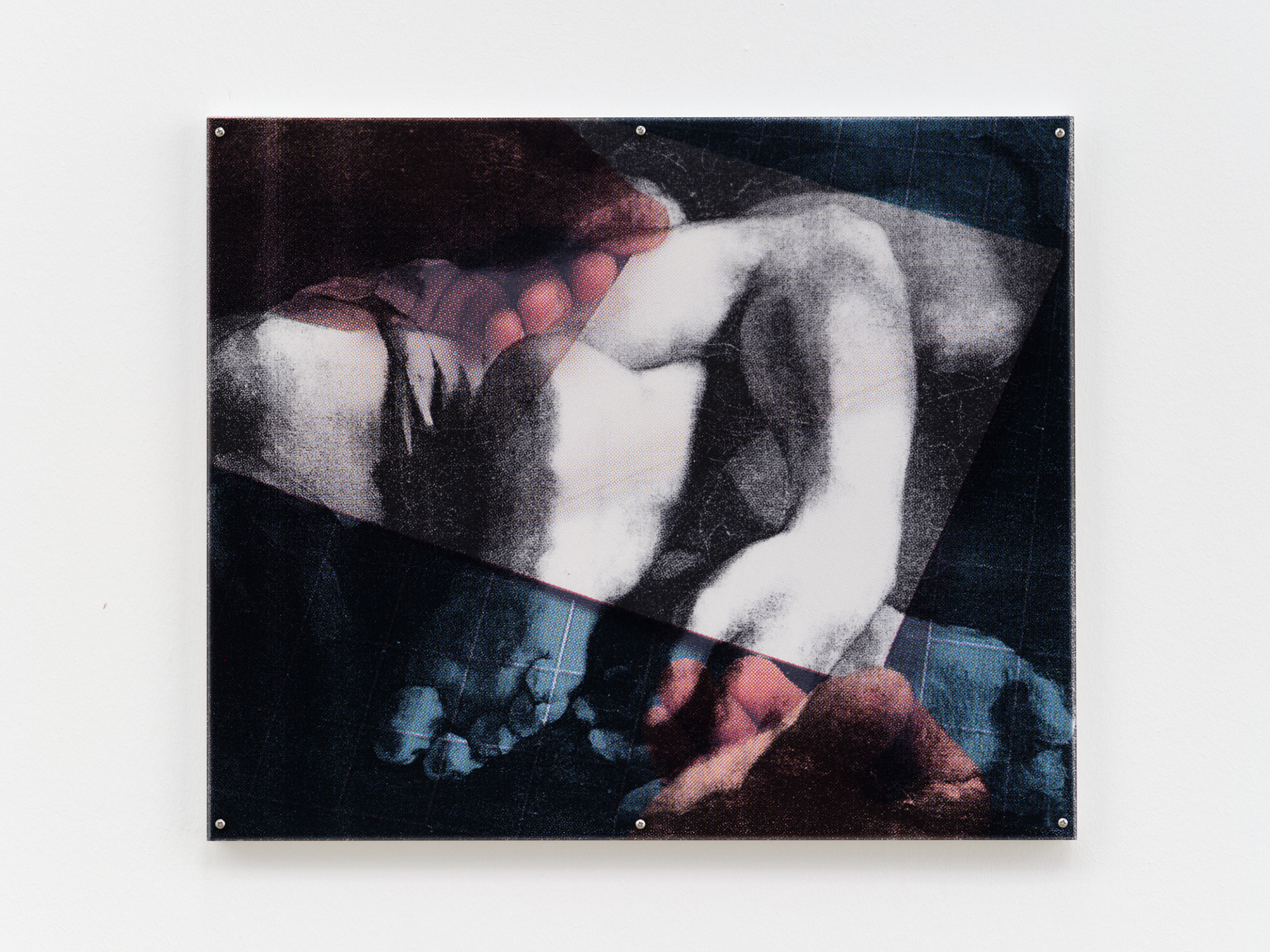 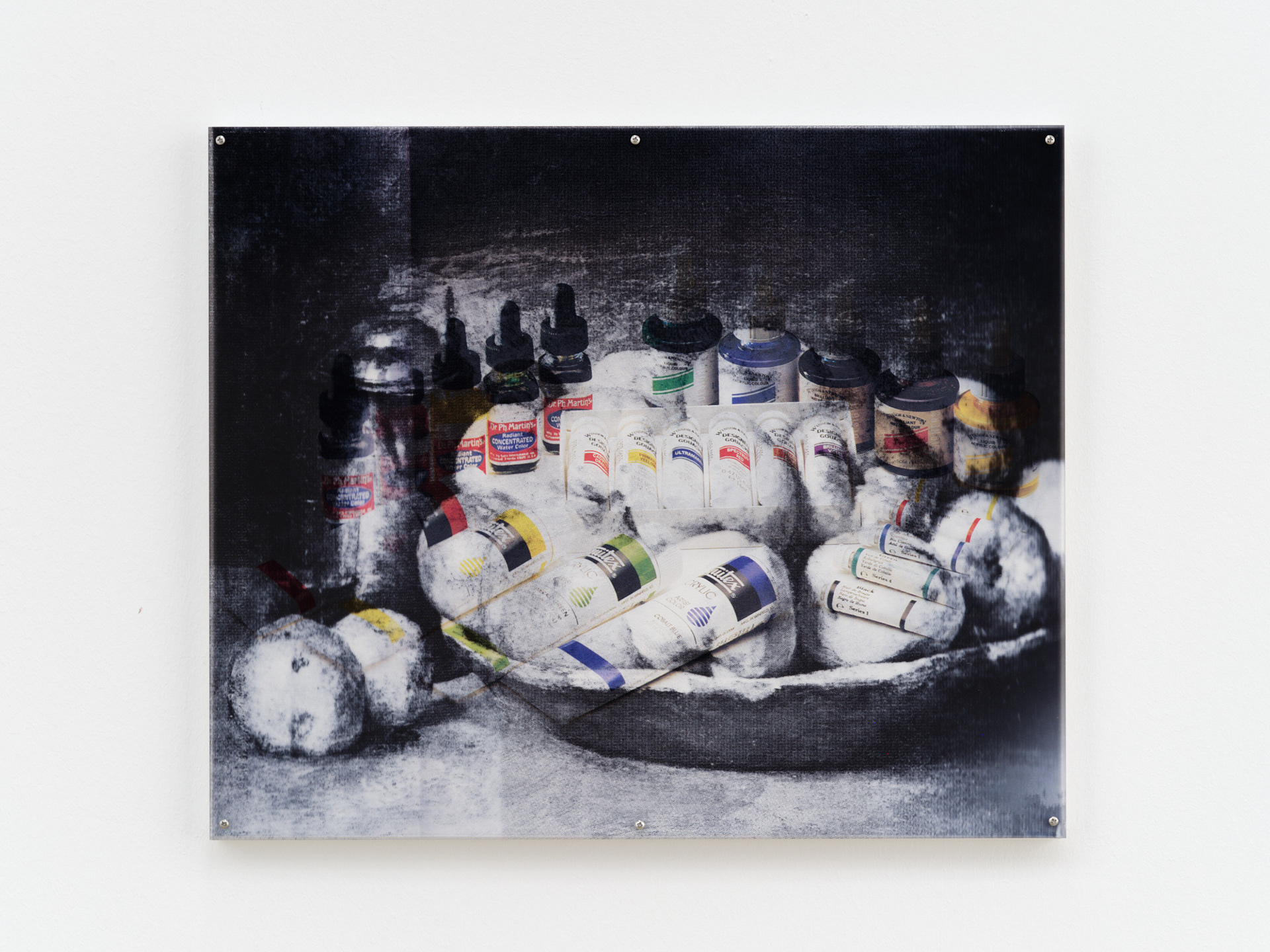 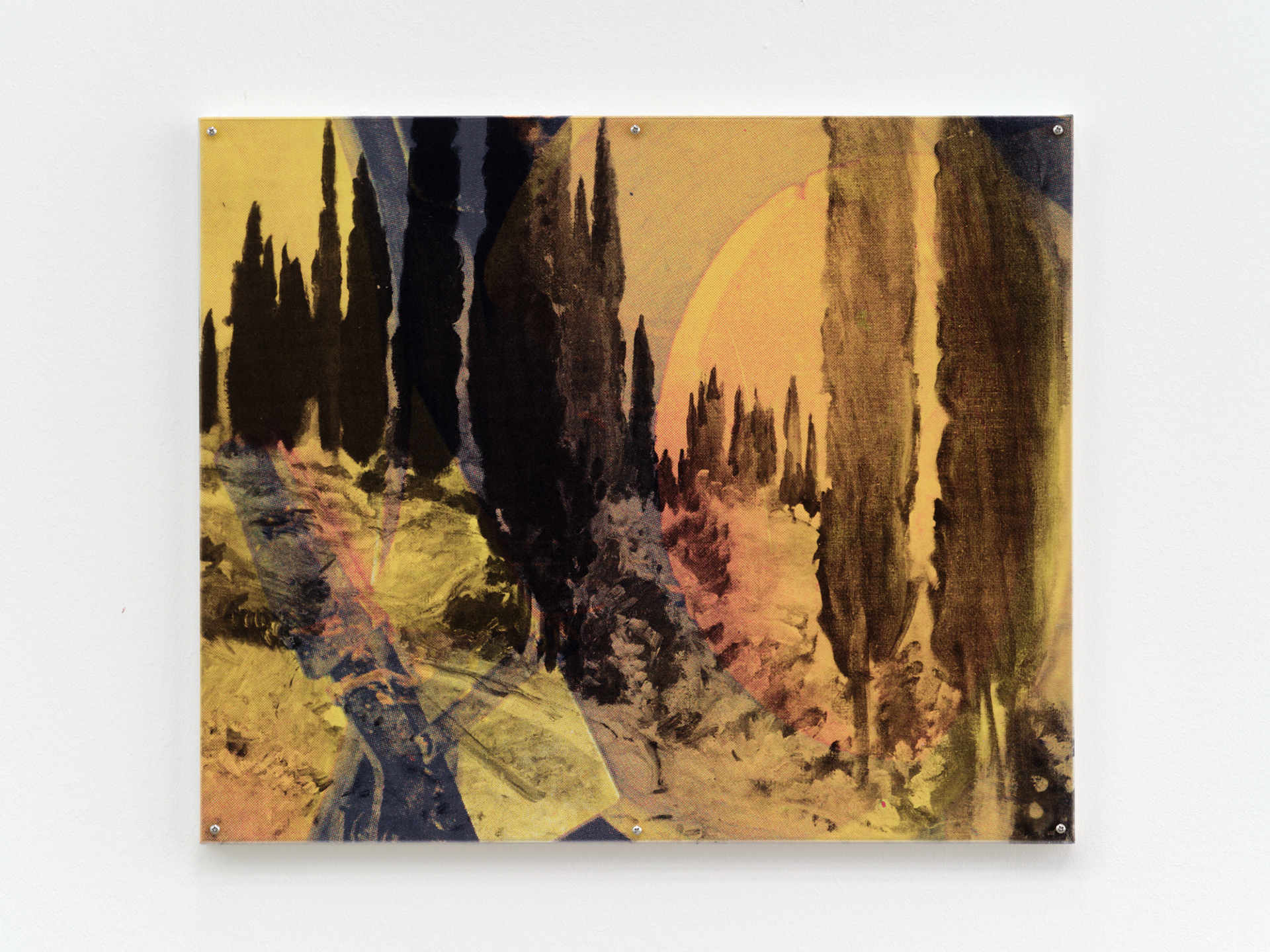 ' RE-PAINTING CLASS' 14/05/22 - 11/06/22
Berthold Pott gallery Cologne DE
On and With Manor Grunewald
Ory Dessau
To a large extent, Manor Grunewald’s exclusive subject matter is pictures. His expanded field of picture making is based on processing images and details from books about picture making — instructive guides to photography, catalogs of painting and drawing techniques, etc. — which he transfers onto stretched canvases and transparent sheets of Plexiglas. Then, the sheets of Plexiglas are layered upon the canvases to create a superimposition of two or more images seen through and out of one another. The circulative movement between the superimposed images within each work extends the circulation of printed images in the world. Grunewald’s effort is to reflect the movement of printed images through different contexts and frameworks. His insistence on exclusively experimenting in and with printed matter amounts to a particular vision of the world — an analog world, both nostalgic and Utopian; both prior and subsequent to the current digital era.
“As far as I’m concerned, engaging in analog labor is directly connected to the romantic idea of an art practice immersed in real material; in paint and canvas. It is my way towards a manual, physical mode of image making, which expresses awareness of the time in which we are living, but not fully giving in to it. Therefore, nostalgic could be seen as romantic. The creative development of graphic designers, illustrators, and architects, has completely shifted to a digital way of working and presenting. As a visual artist it is interesting to try to figure out what are the boundaries to rethink the implications of the digital revolution and set your own mark.”
Grunewald’s work utilizes mediated imagery and technique in order to overcome them, to introduce them as a way to redeem the notion of a direct, uninterrupted, unmediated appearance and activity. It uses analog labor as a path to pure painting, or rather, pure experience. In this sense, his work can be described in artistic-formalist terms, and at the same time, personal-existential terms.
“In the last years I have been occupied with my own biography as an artist who started his training as a classical painter. I keep asking myself what painting could mean for me. For me, what is most relevant is to be able deliver a general-cultural narrative without losing myself to gimmicks and fake, impersonal research. So in a way all the exhibitions and works that I am making is an autobiographical parcour disclosing the inner difficulties and growth of my struggle with the idea of being and working as a painter.”
Grunewald’s current installation at Berthold Pott Gallery is the culmination of his recent production, but the modules of mashed fence with which he covered the walls of the gallery and on which all works are mounted, open up the work to a new horizon. As the backdrop of the works, the mashed fence further intensifies their sense of unfixity, situating them as if in the midst of sliding, of moving along the lines. By inserting a gap between the backside of the works and the wall it further layers the works. In addition, it rearranges the gallery as an image of a storage or a yard, turning it into an amalgam of outside and inside.
“The fence came to mind when seeing pictures on an Airbnb website. In the pictures, the fence was connected to a wall with two printed flower prints mounted on it. I was immediately taken by the absurdity of a fence in front of a wall with no real value or function as a fence. It recalled a strange meme or a desperate aesthetic attempt to get rid of the wall and turn the space into a garden or patio. I took that idea and incorporated it into the current installation. Each metal fence module is 200 x 120 cm. It looks like a patterned aligned writing paper. From each module I removed a part. The removed parts are of the same size and from the same place in each module. In each I installed one work, leaving a bit of white space around. The fence becomes the passe-partout of each work. It brings the question of how should the works be looked at, is it inside or outside, and on a different level, how does the gallery space relate to the context of space as a material, as well as to the work itself.”
*The artist’s statements were given in a conversation with the author.
↑Back to Top